Look who we “found” in Alpine, CA this morning: Palmer (Harrison’s younger brother and my new brother-in-law)! After graduating from Harvey-Mudd last year, he moved to Alpine to work for a math problem-solving website/company.

As the first official guests, we got the grand tour of the living room/office. Actually, I just asked him a barrage of questions (“What do you eat?”, “How far is your work?”, “What is this falling-down building outside your window??”) while Harrison ate toaster pastries. 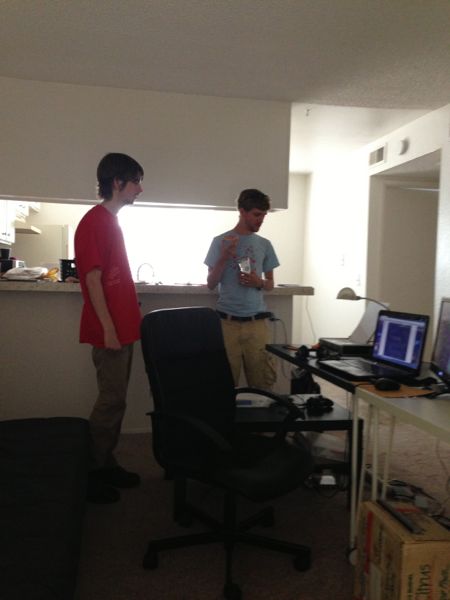 Liz, you will be delighted to see that Palmer has sequestered his fourth plate, haha. 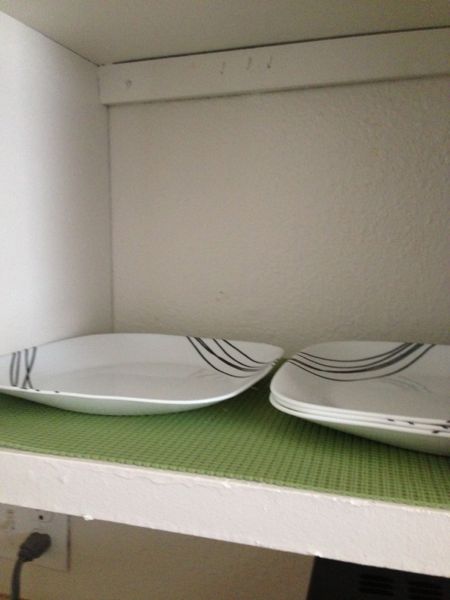 (Actually, he explained his very thorough system of using one plate at a time and moving it to a different pile. He has all four on rotation!)

As you can tell, Palmer was thrilled to have us barge in on his apartment.

Since our lives are up in the air and Palmer is always traveling (He’s going to China soon for an international puzzle competition.), it’s not clear when we’ll see him next. Byyyye, Palmer!

We commissioned a WVT puzzle from Palmer as his specialty is making super-complicated puzzles. We’ll put it up on the blog soon as a contest! Get your thinking caps ready; it looks like a DOOZY.

From Alpine, we turned east and drove down I-8 into Arizona. First, we passed huge piles of rocks in western California: 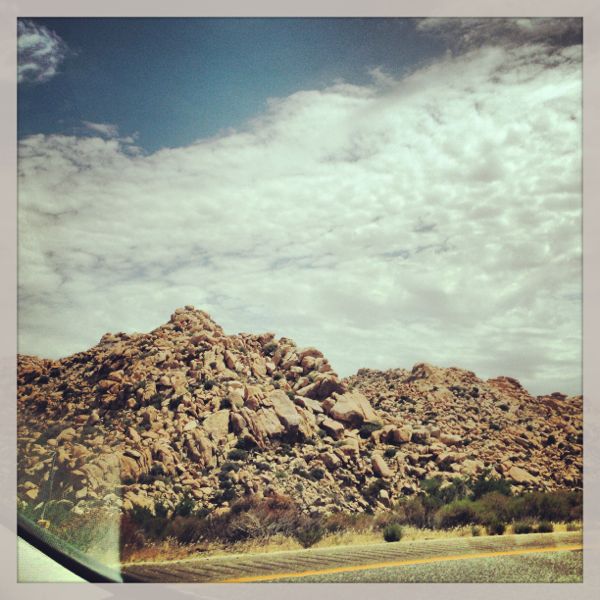 I-8 runs very close to the US-Mexico border. From the car, we could see into Mexico…with a large fence in between. At one point, we went through some kind of checkpoint where border agents [I think.] waved us through. 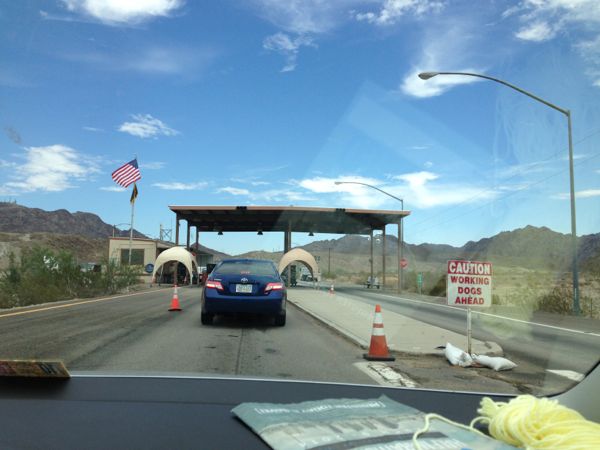 In Phoenix, we photographed the Arizona state Capitol:

It was so hot when we got out of the car in Phoenix–the car thermometer read 104 degrees! That saying “But it’s a dry heat!” is a load of bunk! It was like walking around in a giant oven but without any of the good baking smells. At one point, I tried to sit on a little ledge and leapt up, yelping in pain because the hot bricks felt like they were burning my legs.

Meanwhile, Harrison was fascinated with a cactus:

“Yep, they’re sharp. That would hurt a lot if you ran into it,” said Harrison.

Yes, gentle readers, I have married a genius. 😉

We continued our trail across and north in Arizona. We passed through Sedona briefly, right after sunset. The red rocks were pretty cool!

Unfortunately, we didn’t see/feel/perceive any energy vortexes. Note: This website says that it’s vortexes, not vortices.

We’re stopping over for the night in Flagstaff, AZ. I was surprised that the surrounding area is quite forested. This was what the drive between Sedona and Flagstaff looked like. 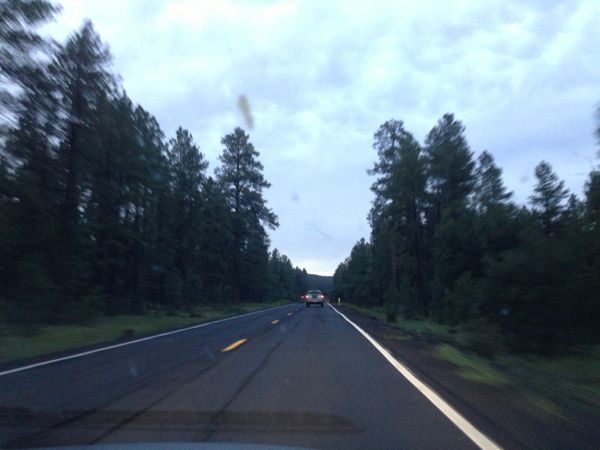 Another big day of driving tomorrow, so I’m headed to bed!